You have come here, to this place, to destroy something beautiful. What of you will survive intact? Will it have been worth it? For 1-3 players and a facilitator.

I've been trying out a variety of short-form tabletop RPGs over the past few months, and this one probably had one of the most satisfying built-in arcs of the ones I've tried so far. The simplicity of the mechanics was also really nice for our group. I will probably return to this multiple times in the future!

Thank you so much!!! I'm so glad it worked for your group! The most important thing for me was not that this game was a Piece of Art, but that it was Extremely Playable, and I love hearing about people's experiences with it!

You Will Destroy Something Beautiful is, in itself, a beautiful game. Disarming in the simplicity of its voice, the connection between mechanics and story is a seamless example of substance without unnecessary weight. Elegant, fiction-driven, and rife with narrative potential.

Wow, this was a nice comment to wake up to! Thanks a million!

Hi! I played "You Will Destroy Something Beautiful" last night with Scuqualo and my girlfriend, and I must say: we loved it! It's really, really, really interesting, and we had a lot of fun. It's a game that I can't help but perceive as peculiar and... Different. It's a journey that took a number of turns I did not expect when jumping in. Definitely a ride I want to try again multiple times.

During our game, I played the facilitator, while Scuqualo and my girlfriend Greta played the destroyers, We decided it would be intresting to let you know what popped out of our heads while playing your game, so... Here I go! (I'm also attaching a scan of the papers we used, even though it's just barely readable italian ramblings).

Desolate, Windy, Requires unconfortable clothing, In ruins, There's someone selling souvenirs here, Detatched from the rest of the world by some kind of natural barrier, The air here leaves a bad taste in your mouth, It's hard to breathe here.

ABOUT THE BEAUTIFUL THING:

Hypocritical, It separated populations, It was always kept in a bubble, It's a reminder of a peceful age, In it's presence it's easier to see one's mistakes, It's the fruit of hard work, It's out of scale compared to modern day world, It was recently renovated.

Why have you come here? GIO: My grandfather worked hard to build it. GRETA: I can't stand hearing about it anymore, and I can't stand having to deal with it indirectly.

What has this beautiful thing done, in your eyes, to deserve destruction? GIO: They didn't put my grandfather's name on it once it was finished. GRETA: It bears a strong message, but it has become a hollow idol that stifles progress. It's memory will suffice.

Why are you cruel? GIO: Every change of era needs cruel people. GRETA: I want to create something just as powerful and acknowledged, but being unable to surpass this beautiful thing, I want to destroy it.

Who are you? GIO: I am a tidy guy, driven by the world into boredom and into a craving for change. GRETA: An enlightened individual that will bring forth a new truth, and who will bear the weight and guilt of destroying the old.

In the end, Scuqualo was enthralled by the beautiful thing while my girlfriend managed to destroy it bringing forth her ideas, only losing part of her resolve. As I said, it was a deeply interesting ride. Thanks for creating this! 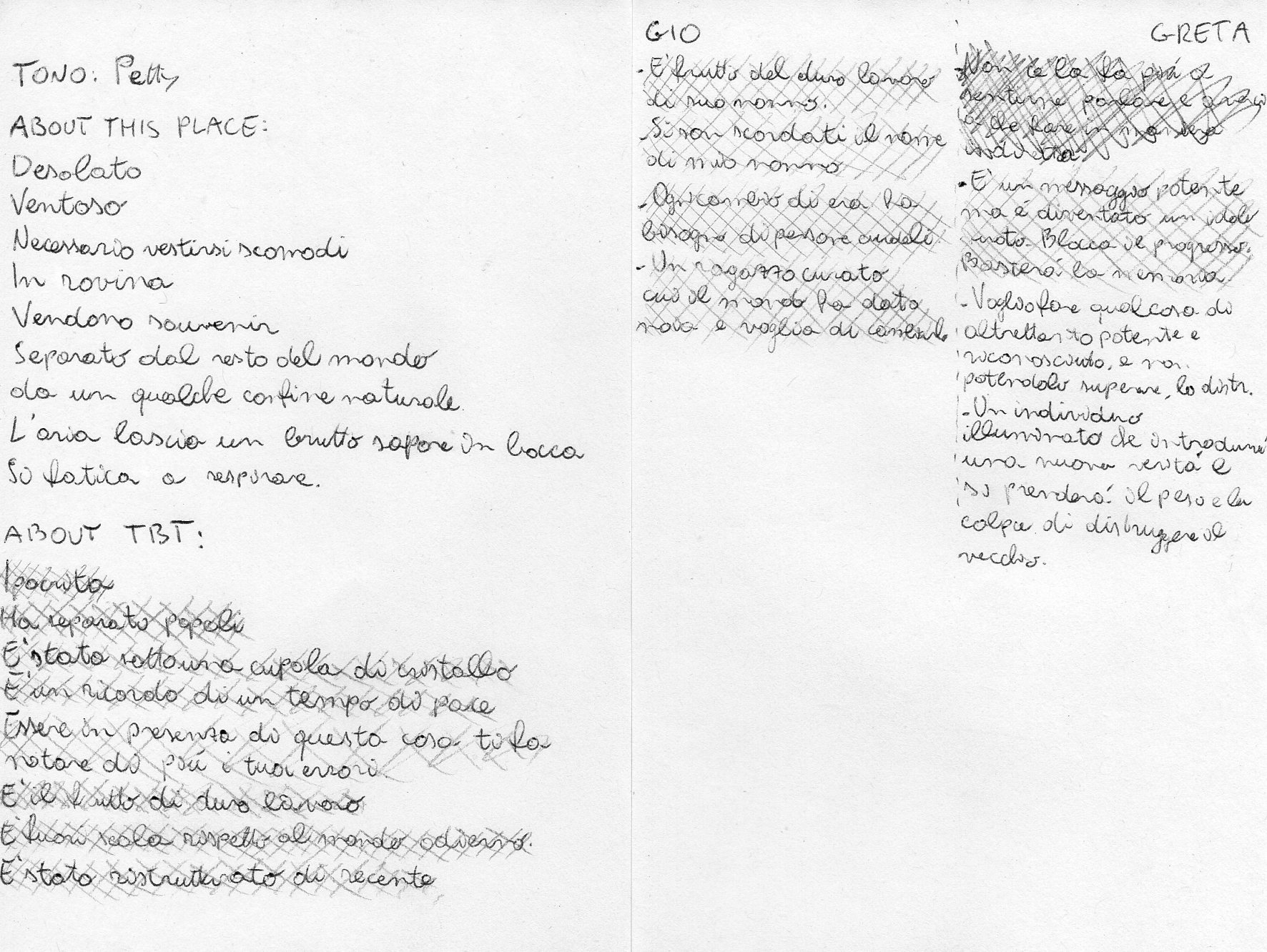 Oh man, when I stuck this up on itch I wasn't expecting anyone who I didn't already know to play this! When I woke up to this comment I was speechless, thanks for the report! Happy future play!

Scuqualo is the one who introduced us to this game, and we participated together in last year's "My First Game Jam". We had both played your "A Planet of Certain Mass" already! 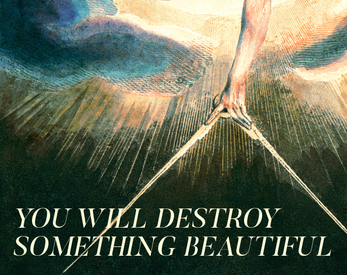